9 TV shows that center on South Asian desire, from “Mismatched” to “Starstruck” 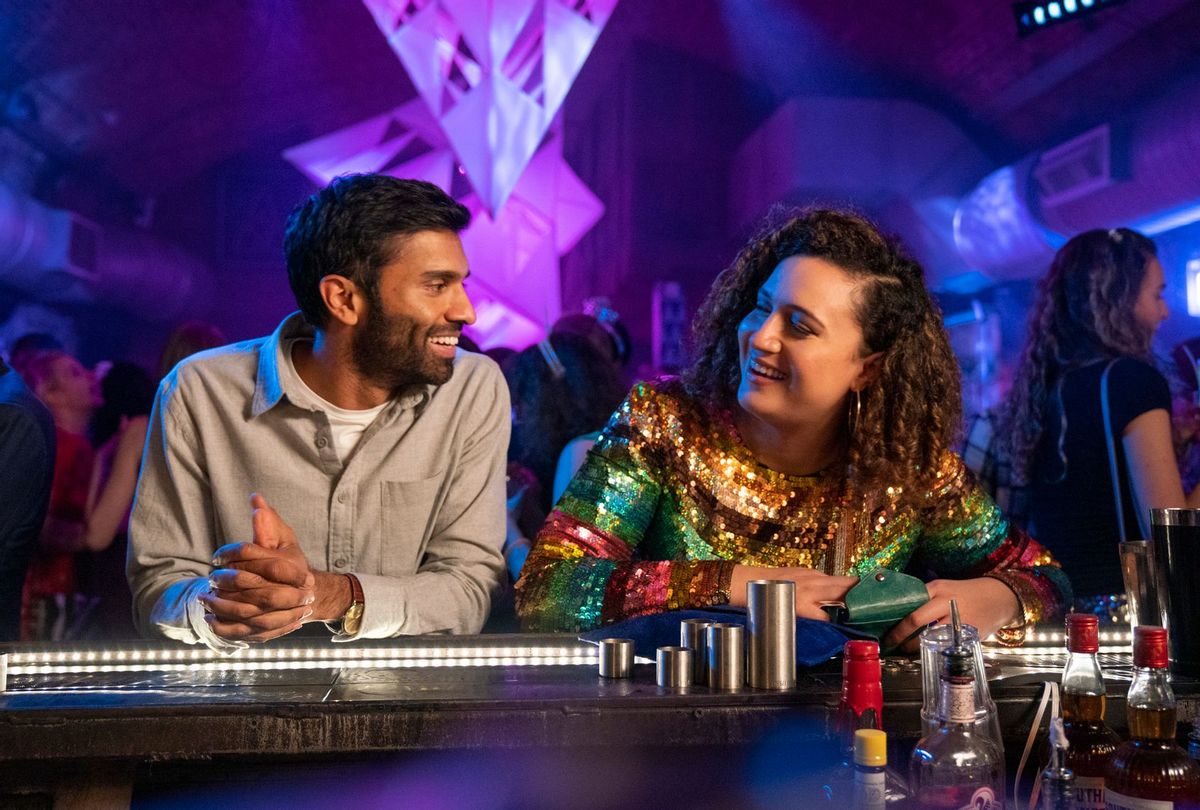 Throughout the years, Western media has incessantly reduced South Asians to unattractive and socially awkward characters, touting them only as a “clownable minority,” as actor, writer and comedian Hasan Minaj once said.

First there was “The Simpsons” and Apu Nahasapeemapetilon (Hank Azaria) — an Indian proprietor of the Kwik-E-Mart who speaks with a thick accent and whose surname sounds like an amalgamation of random phonetics poking fun at traditional South Indian last names. Then came “The Big Bang Theory” and Raj Koothrappali (Kunal Nayyar), a quirky astrophysicist who has bad luck with women, poor taste in fashion and a penchant for acting inappropriately during the wrong moments.

RELATED: Asian guys get to be sexy, too: Finally, TV gives me the romantic leads I’ve been waiting for

Despite the setbacks, strides have been made thanks to a collection of movies celebrating South Asian pride and showcasing Desis as individuals worthy of being desired and loved. Honorable mentions include Jess Bhamra (Parminder Nagra) in “Bend It Like Beckham” along with Kumail (Kumail Nanjiani) in “The Big Sick,” Jibran (Kumail Nanjiani) in “The Lovebirds” and the all-South Asian cast in “Indian Sweets and Spices.”

Television shows are also catching up and highlighting South Asian romances in a different way, by building on each character’s storyline and elevating their chemistry with others. We saw this in the second season of “Bridgerton,” which focuses on two South Asian leads who are both being pursued by the patriarch of the Bridgerton family.

From Netflix’s “Never Have I Ever” to HBO Max’s “Starstruck,” here are nine television shows that celebrate South Asian romance and desire.

Who’s Featured: Kathani “Kate” Sharma, played by Simone Ashley, and her younger sister Edwina Sharma, played by Charithra Chandran. Following their recent return to England from India, the siblings join the Ton alongside their mother with Kate also helping her sister find a viable suitor.

The Story: In true “Bridgerton” fashion, the second season centers on a steamy love triangle between Kate, Edwina and Viscount Anthony Bridgerton (Jonathan Bailey). Edwina, who is crowned the season’s Diamond, has her sights set on marrying Anthony. But Anthony, who believes he’s down for the engagement albeit briefly, actually desires her headstrong and independent older sister, Kate. The pair’s relationship is a slow burn that finally reaches an explosive — and satisfying — climax.

Who’s Featured: The Indian comedy-drama features a full cast of South Asian actors, but the main star of the show is Vihaan Samat’s Ray, an awkward 20-something searching for sex, love and everything in between with the help of his “inner voice.”

3 “Four Weddings and a Funeral” (Hulu)

The Story: Kash’s romance with Maya, played by “Game of Thrones” star Nathalie Emmanuel, is set in motion during the grand wedding of Basheer (Guz Khan) and Fatima (Rakhee Thakrar), two of Kash’s close friends. The pair’s relationship, though heartfelt, is also quite scandalous as Maya is the best friend of Kash’s ex-fiancée Ainsley, who he abandoned at the altar just a few months prior. Nevertheless, Kash gets a second chance at romantic love and also revels in the platonic love he shares with friends, family and loved ones.

In an interview with PBS News Weekend, Patel spoke more about his character and the on-screen romance between two characters of color:

“Mindy used this really interesting phrase, which I’m going steal, when she was promoting “A Wrinkle in Time,’ which is about the fantasy genre, and she talked about as a child she loved that genre but it didn’t really love her back. And I think there’s something about the rom-com that holds true for a lot of people as well.”

“Also, the fact that two of the leads in the show, myself and Nathalie Emmanuel’s character — normally those two shades of brown there don’t get to be in a love story together.”

Who’s Featured: Aziz Ansari stars as Dev Shah, a 30-year-old commercial actor who lives in New York City — and for a brief time, Italy — and struggles to navigate his professional and personal lives, especially at a time when he’s supposed to have it all figured out.

The Story: Showcased as a hopeless romantic, Dev’s tumultuous love life is a key plot point in both the first and second seasons of the comedy series. In the first season, Dev falls in love with Rachel Silva, a media publicist who starts off as a mere hookup and on-and-off fling before becoming his girlfriend. Things don’t work out between the two in the season finale, which prompts Dev to move to Italy and study pasta-making at culinary school. There he meets Francesca, who later moves to New York, and proceeds to fall in love with her too. But aside from their mutual flirtation and palpable sexual tension, the pair’s relationship fails to progress into something more and they amicably end things on a vague note.

The Story: Based on Sandhya Menon’s 2017 YA novel “When Dimple Met Rishi,” the Hindi-language series tells the tale of a hopeless romantic who pursues a self-proclaimed tech enthusiast after seeing her photo on a matrimonial website. Dimple and Rishi’s relationship first starts off as something platonic before blossoming into an intimate companionship that also has its fair share of ups and downs.

Who’s Featured: Yes, this is yet another rom-com series from Mindy Kaling! Maitreyi Ramakrishnan stars as Devi Vishwakumar, a 15-year-old Indian-American Tamil girl who attempts to improve her social status in high school after a painful and embarrassing freshman year.

The Story: During her sophomore year, Devi finds herself in a love triangle involving Paxton Hall-Yoshida (Darren Barnet), the hot jock who was once a crush and is now Devi’s love interest, and Ben Gross (Jaren Lewison), Devi’s lifelong nemesis whom she has complicated feelings for. In the end, it’s Devi who is being sought out and chased by two of her fellow peers, thus promoting the narrative that a young woman who is described as “a high-achieving, chronically unfashionable brainiac” is also both attractive and lovable.

Who’s Featured: Amrit Kaur sas Bela, a sex-positive Indian American student at the fictional Essex College in Vermont, who aspires to become a comedy writer. The character gives us whiffs of Mindy Kaling, who created this series also.

The Story: Blissfully unapologetic about her own sexuality and desires, Kaur’s Bela deviates from stereotypical Indian characters — who are oftentimes portrayed as devoid of having or wanting sex — and confidently embraces her own individuality. Perhaps her most notorious on-campus act was when she performed a sexual favor for half the men on the school’s exclusive comedy magazine The Catullan in order to secure her spot on the staff.

The Story: Aside from Bollywood, where A-listers like Shah Rukh Khan and Hrithik Roshan are revered for both their acting and good looks, South Asian heartthrobs are still a rarity in Hollywood. That’s what makes Tom, who is both a renowned actor and an international sex symbol, so special on “Starstruck.” After a one-night stand on New Year’s Eve, Kiwi ex-pat Jessie learns of Tom’s famous identity and is, as one might say, starstruck after their encounter. The two eventually fall in love, but their relationship proves difficult especially with Tom’s fame and public image.

The Story: A hopeless romantic, Mindy is ready to pour her heart out to anyone she’s emotionally invested in, whether it’s a casual fling, a one-time hookup or a committed partner. Although she’s oftentimes unlucky in her love life, the ambitious doctor both loves and is loved by her fellow friends at her medical practice. Perhaps the most admirable trait about Mindy is her commitment to take charge of her own life, whether that means being incredibly determined in her professional pursuits or gleefully frivolous in her romantic endeavors.