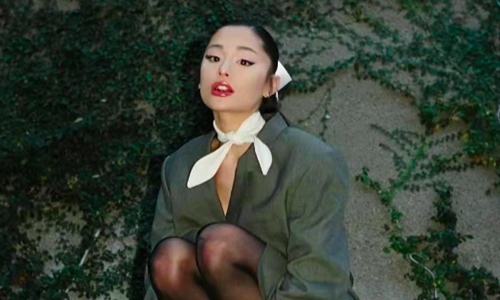 Appropriation or appreciation? Ariana Grande photo shoot sparks accusations of ‘Asian-fishing’. Ariana Grande, a US pop star recently became the target of cultural appropriation criticism after she shared photos on Instagram in which she wears makeup and clothing that were seemingly designed to make her look Asian, leading to many netizens accusing her of “Asian-fishing.”

This is the second time that Grande has been accused by netizens of race “fishing” following previous accusations of “blackfishing.” Some netizens have called for a boycott of the star similar to how Billie Eilish was rejected in China for mocking Asian accents. This situation shows that it is important for pop stars to be more aware of cultural differences and to stop enhancing stereotypes about the Asian community, especially since they can influence younger generations of fans from different parts of the world.

“Asian-fishing” describes a non-Asian person purposely acting or dressing to appear like an East-Asian individual by amplifying certain “aesthetics” – most of times stereotypical ones the non-Asian group associates with the East-Asian community.

Behind Grande’s exaggerated winger liner slanted her eyes and her choice of the much paler shades of foundation, there lies a historically misrepresented image of East-Asian women as submissive, pale, and ‘foreign.’

Some netizens said they believe that Grande was attempting to mimic the style of K-pop stars.

In the photo, she can be seen wearing an oversized men’s jacket, which is an emerging trend in South Korean street wear, and the white bow in her hair is similar to Japanese ‘servant girl’ cosplay costumes.

Some netizens said that it is understandable why she may be trying out a K-pop look as it has become an emerging pop culture trend that could add a new perspective to the Western pop entertainment industry.

“A pop star is supposed to be on a trend. They seek to influence people with popularity by showing off the newest things. This is why such stars got so famous on digital platforms and not in an academic book instead,” Li Hasi, a cultural researcher, told the Global Times.

“Using makeup and fashion trends that are popular in another country doesn’t mean you are ‘X-fishing,'” said a netizen on Twitter.

In early June, many Chinese called for a boycott for pop star Billie Eilish after footage surfaced on TikTok showing the star mocking Asian accents and using the racist anti-Asian slur “c***k.”

Such incidents are not limited to the Asian community, singer Adele’s bantu knots and Jamaican flag bikini controversy have made people consider that such mistakes may not be born out of a pop star’s hatred toward a particular community, but definitely show a general lack of sensitivity when it comes to distinguishing cultural appreciation and appropriation.

“It is not just a pop star’s responsibility to think about whether or not some sensational thing may offend a particular culture, but it is the entire industry’s. There should be consultants in the industry who can see potential problems before they happen,” added Li.

“Encountering such criticisms may also be good to alert such stars to deliver positive values to fans, especially when they have followers worldwide.”

Car Interior
We use cookies on our website to give you the most relevant experience by remembering your preferences and repeat visits. By clicking “Accept All”, you consent to the use of ALL the cookies. However, you may visit "Cookie Settings" to provide a controlled consent.
Cookie SettingsAccept All
Manage consent