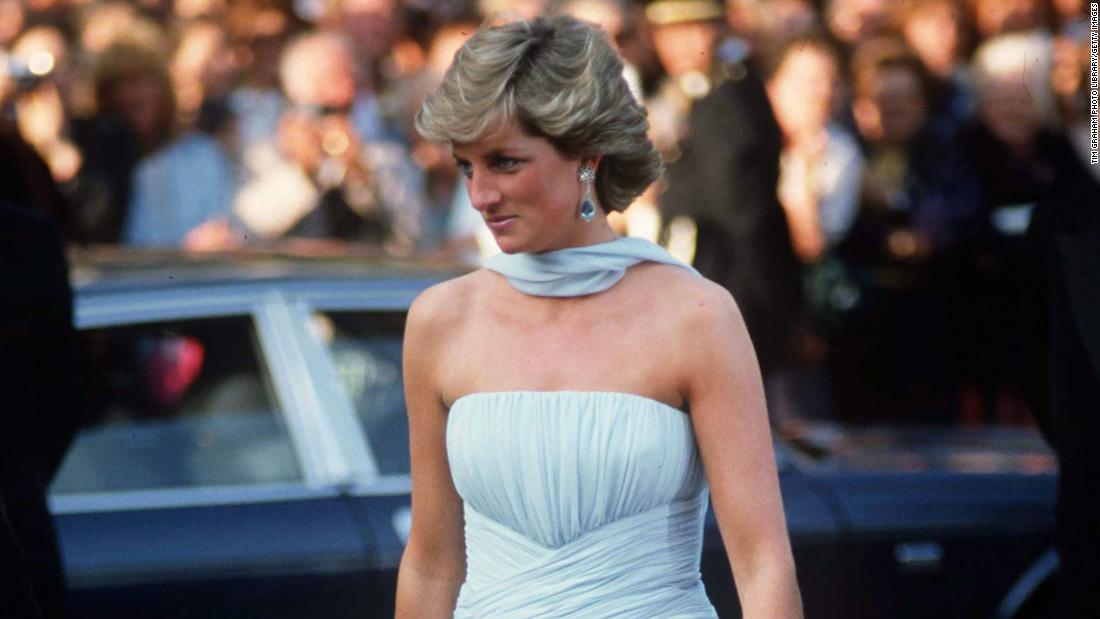 As the world’s most glamorous film festival celebrates its 75th anniversary, take a look back at decades of red carpet highlights.

This year, the Cannes Film Festival celebrates its 75th anniversary. It is one of the most glamorous events in the world with a red carpet that has been graced by many a style icon over the decades, from Brigitte Bardot to Princess Diana.

In front of a sea of cameras, fashion trends have been forged and fashion history made on the Cannes red carpet — such as when in 1991 Madonna walked in the now-renowned Jean Paul Gaultier cone bra, setting off the underwear as outerwear look for years to come — and wardrobe malfunctions are immortalized. In 1997, while attending the festival’s screening of sci-fi cult classic “The Fifth Element,” lead actress Milla Jovovich was reportedly sewn back into her beaded loincloth while still on the red carpet. Nothing is too big, like the bizarre biscuit tray dress of 2013, or too daring, like Eva Herzigova’s risque lace gown in 2008, for Cannes.

The spirit of the extravaganza has carried through to the present day, and there has been no shortage of show-stopping fashion moments. From Dame Helen Mirren debuting a bubblegum-pink pixie crop in 2019 to Bella Hadid’s sculptural necklace and couture ball gown by Schiaparelli in 2021, scroll for a definitive look back at the festival’s most memorable fashion moments.

Since its inception in 1947, Cannes Film Festival has always been as much about the fashion as the films. Over seven decades the Cannes carpet has seen its fair share of both fashion faux pas and phenomenons, the highlights of which are documented here; starting with Sophia Loren. One of the early aficionados of Cannes glamor, the Houseboat actress attended the eighth festival in this nautical ensemble. Her simple pleats and modest white heels are a far cry from today’s lavish outfits. Credit: Hulton Archive/Getty Images

Cigarettes and bow ties were the height of fashion in the 50s. American actor Gary Cooper (left) talks to French actor Jean Marais (right) during the Cannes Film Festival in 1953. Credit: AFP/Getty Images

Elizabeth Taylor swaddles herself in white for the 1957 festival, accessorizing with a modest crown and her third husband, producer Mike Todd. Credit: Dalmas/SIPA/AP

Vanessa Redgrave sports an intricate two piece as she’s photographed with Italian actor Franco Nero at the premiere of her film “Blow Up” in 1967. Credit: Gilbert Tourte/Gamma-Rapho/Getty Images

Away from the hustle and bustle of the red carpet Jane Birkin relaxes on the beach with her lover, French singer-songwriter Serge Gainsbourg. Credit: Keystone/Hulton Archive/Getty Images

Monochrome pair French singer Sylvie Vartan, one of the most productive yé-yé artists, and her husband American producer Tony Scotti arrive in style at the Cannes festival in 1987. Credit: Ralph Gatti/AFP/Getty Images

Princess Diana arrives at the Cannes Film Festival in 1987. The dress, by one of her favorite designers Catherine Walker, sold at auction for around $137, 000 in 2011. Credit: Tim Graham Photo Library/Getty Images

The ’90s saw a change in tack for red carpet attendees. Madonna kicked off the trend by wearing her Jean-Paul Gaultier underwear as outerwear at the screening of her movie “In Bed with Madonna” in 1991. Credit: Gilbert Tourte/AP

Sharon Stone created an iconic Cannes moment in 1995 by unceremoniously opening up her Valentino gown to reveal a sequin playsuit, as she arrived at the screening of Doublas Keeve’s aptly named film “Unzipped.” Credit: Alan Davidson/Shutterstock

Ramzy Bedia and Eric Judor aka the French comedic duo Eric et Ramzy joke with the Bond girls upon arrival at the Palais des Festivals before the screening of the film “La Petite Lili” by French director Claude Miller during the Cannes film festival in 2003. Credit: Boris Horvat/AFP/Getty Images

Naomi Campbell lit up the red carpet in this discoball of a dress by Robert Cavalli, as she arrived for the screening of “Biutiful” in 2010. Credit: Pascal Le Segretain/Getty Images

In 2013 two guests put the celebrities to shame with their striking outfits. The first was this sunflower inspired gown worn at the “Zulu” premiere and closing ceremony during the 66th Annual Cannes Film Festival 2013. Credit: Regis Duvignau/Reuters

The second guest who relegated the celebrities to mere mortal status wore a dress made of biscuit trays to the screening of “The Past” at the 66th edition of the Cannes Film Festival. Credit: Valery Hache/AFP/Getty Images

Freida Pinto chose this Oscar de la Renta gown to walk the red carpet for the “The Homesman” premiere in 2014. Credit: James Mccauley/Shutterstock

For the premiere of “The Last Face” in 2016, Charlize Theron donned an ultra-sophisticated Dior tuxedo with an unbuttoned white shirt. Credit: Eric Gaillard/Reuters

Isabelle Huppert’s sleek, all-black Balenciaga look for the 2021 premiere of “Everything Went Fine” was a masterclass in sophisticated glamour. Credit: Andreas Rentz/Getty Images

Bella Hadid made headlines in 2021 with a Cannes red carpet look that was hot off the runway. Her mesmeric Schiaparelli couture gown included a set of golden lungs. Credit: Valery Hache/AFP/Getty Images