Celebrity Style: Why Rihanna is such a maverick in the fashion world 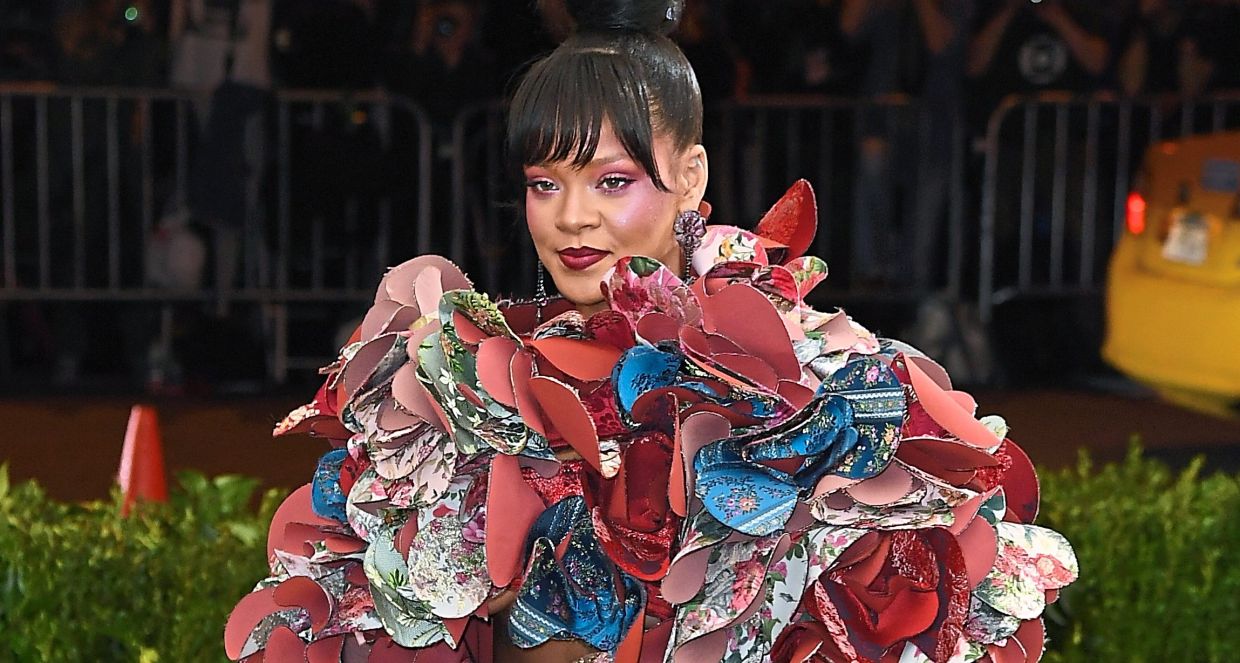 If there is one celebrity who could turn her baby bump into a fashion statement, it would be Rihanna.

The singer-songwriter has not laid low during her pregnancy, instead choosing to embrace her changing body in the most stylish of ways.

Pictured out and about in bold outfits – and even appearing on the cover of Vogue, as well as in an extensive fashion spread, Rihanna flaunts her belly readily.

Fans have even gone to say that she has given maternity style a rebrand.

Rihanna is not afraid to show off her pregnant figure, posting casual snaps on social media. Photo: Instagram/RihannaRather than choosing loose clothes to cover up, the 33-year-old star celebrates her curves. She is unashamed of not being the “ideal size” and appears at numerous red carpet events, making lace, crop tops and bare bellies the new glamorous uniform for mothers-to-be.

Of course, she is not saying that all expecting mothers should dress this way. It is about signalling that women must have the freedom of choice when it comes to the clothes they choose.

“I’m hoping that we were able to redefine what’s considered ‘decent’ for pregnant women,” Rihanna told Vogue in the interview for the May 2022 issue.

“My body is doing incredible things right now, and I’m not going to be ashamed of that. This time should feel celebratory. Because why should you be hiding your pregnancy?”

That said, pregnant celebrities have been photographed with their bellies exposed in the past.

Demi Moore showed hers off on the cover of Vanity Fair in 1991. Beyonce, Nicki Minaj, Kim Kardashian and MIA have also flaunted their baby bump in the past.

What is different, however, is that Rihanna’s attempt can be regarded as more relatable.

Instead of just fashion snaps with carefully put-together looks taken under flattering lighting, she frequently shares candid shots of herself.

The message? It is certainly alright to enjoy the fashion styles you love – and no pregnant woman should need to worry whether or not they look inappropriate.

Of course, Rihanna is a force to be reckoned with in fashion. Beyond just her music career, she has successfully conquered the style industry.

Her Fenty Beauty brand has been wildly popular. While her high-fashion clothing line, Fenty, was discontinued in 2021, her lingerie label, Savage x Fenty, is thriving.

Rihanna even made her debut on the Forbes annual world’s billionaires list this year. Her net worth is estimated to be at US$1.7bil (RM7.45bil), owing largely to her beauty and fashion businesses. 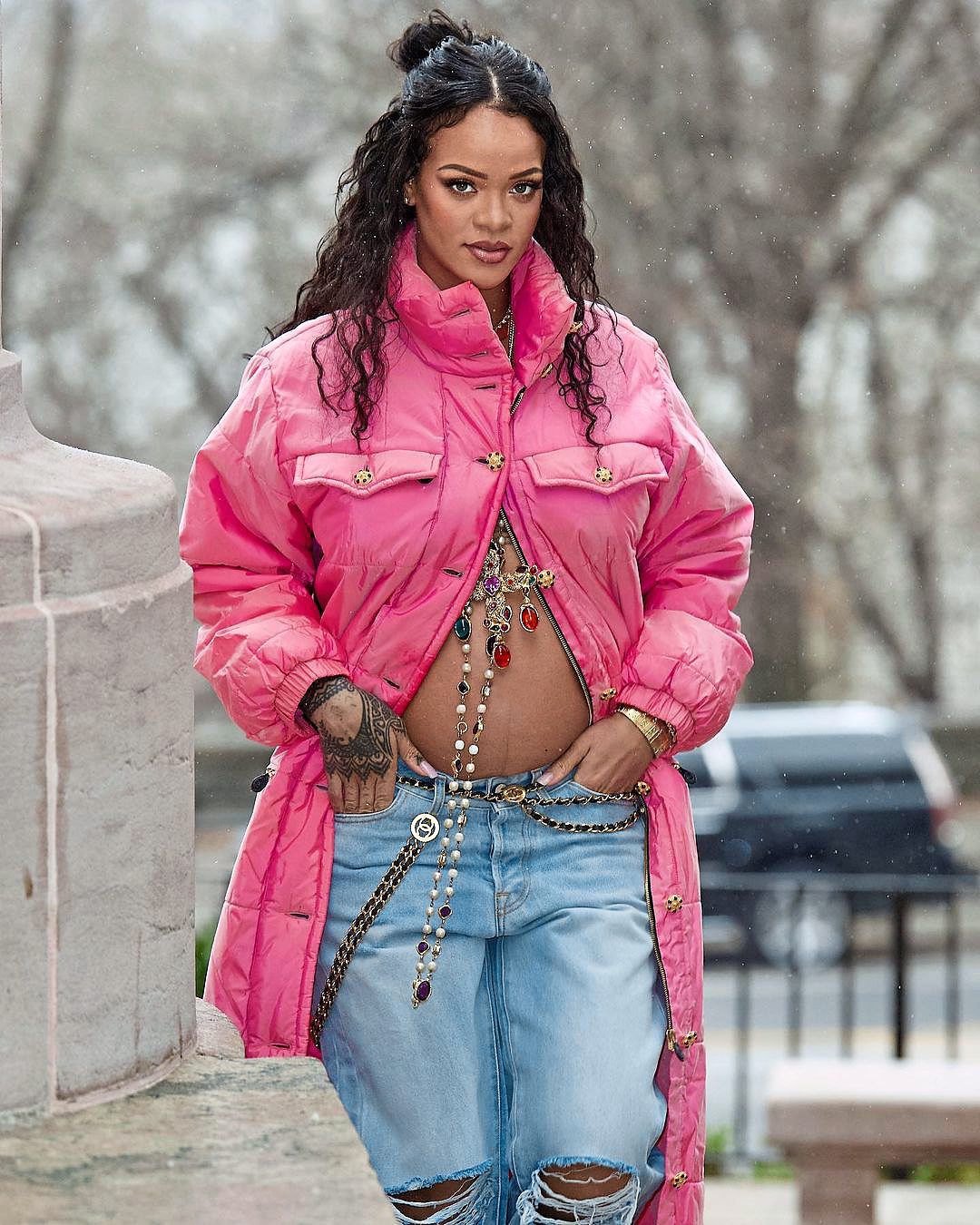 She is still out and about in style ever since announcing her pregnancy in January. Photo: Rihanna/InstagramAccording to Forbes, Fenty Beauty (which she co-owns with LVMH), generated more than US$550mil (RM2.4bil) in 2020 and comprises the majority of her fortune.

And if there is still any doubt, Rihanna regularly makes an appearance at the Met Gala.

She turned heads year after year in daring outfits.

In 2018, she wore a custom creation by John Galliano, complete with a mitre hat. To celebrate China’s influence in fashion in 2015, she walked the red carpet in a yellow Guo Pei design – dubbed one of Met Gala’s most memorable moments.

She donned a Rei Kawakubo (of Comme De Garcons) outfit in 2017. It was described as an architectural wonder, comprising floral fabrics, layered and pulled apart like petals.

Her fans were devastated that she was a no-show at this year’s event held this month. She announced that she was well into her third trimester of pregnancy in March, which could be the reason.

Just a few days ago on Friday (20 May), news broke that she had given birth to a baby boy on May 13.

Nevertheless, Rihanna’s presence at the Met Gala was not amiss. The Met Costume Institute paid tribute to her as “queen of the Met Gala” by putting up a CGI statue in her honour.

Located in one of the museum’s galleries is a projection in her likeness, clad in the same Alaia bodysuit she wore while flaunting her baby bump for the Vogue May cover.

fashion beauty
We use cookies on our website to give you the most relevant experience by remembering your preferences and repeat visits. By clicking “Accept All”, you consent to the use of ALL the cookies. However, you may visit "Cookie Settings" to provide a controlled consent.
Cookie SettingsAccept All
Manage consent