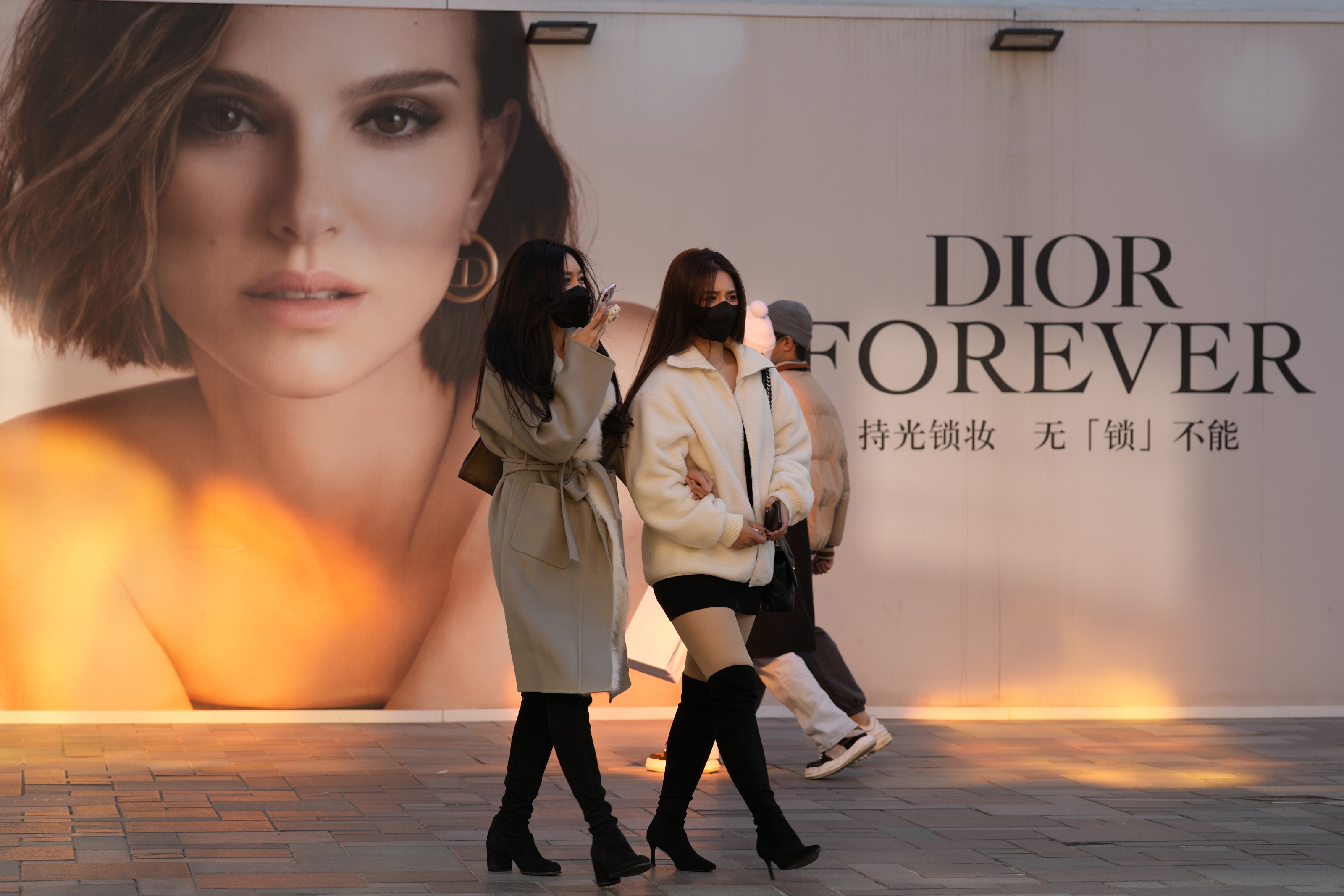 HONG KONG (AP) — A renowned Chinese fashion photographer has apologized for her past work after online critics called it insulting to the Chinese people and fashion house Dior removed one of her photos from a show in Shanghai.

Chen Man acknowledged the criticism of her earlier work, including “Young Pioneers,” a series of images of a young model with backdrops of major landmarks such as China’s massive Three Gorges Dam or with an image of the country’s first lunar orbiter flying out from under her dress.

The criticism was reported by the state-owned Global Times newspaper, which said that comments on social media had called her work “implicit child pornography and insulting the young pioneers,” the name of a Communist Party-affiliated youth organization.

“I have reflected deeply and blamed myself for my naivety and ignorance at the time. I think that I must still formally apologize to everyone,” Chen wrote this week on her social media account.

“I’m a Chinese person, born and raised, I deeply love my motherland,” she wrote. “And I know, deeply, that as an artist, I have a responsibility to the mission to record and spread the Chinese people’s culture.”

She joins numerous Chinese and foreign celebrities, brands and artists who have made public apologies following criticism of their work in state media. Some have been boycotted for refusing to apologize or if the apology is deemed insufficient.

Chen’s apology came more than a week after Dior was attacked over the photo at its exhibition in Shanghai, which pictured a model of Asian descent with tan, freckled skin and darkened eyelids holding a Dior purse.

Critics deemed the photograph contrary to East Asian beauty standards of fair skin and said it perpetuated Western stereotypes of Asian faces, such as slanted eyes.

At least one photo editor has praised her work in the past for creating an aesthetic that was neither aping Western magazines or Japanese and South Korean ones. And in 2019, the Global Times described Chen as China’s answer to U.S. photographer Annie Leibovitz, calling her a “shining star” with a unique perspective.

Dior removed the photograph, adding that it was part of an art project and not an advertisement. In a statement on its Chinese social media account, Dior said it “respects the feelings of Chinese people” and “strictly abides by Chinese laws and regulations.”

Other luxury brands have previously been embroiled in controversies in China. In 2018, a Dolce & Gabbana advertisement sparked public outrage after the Asian model in the ad was instructed to eat spaghetti, cannolis and pizza with a pair of chopsticks. The videos were later removed.

Chen’s social media post said she accepted criticism of her work including that for a certain brand, but didn’t specify Dior.

The photograph taken down from the Shanghai exhibit was shot in a similar style to a series of covers Chen did for British fashion magazine i-D that featured 12 young Chinese women from different ethnic minorities. Many of the women did not fit what has become a common definition of beauty in China — some had small eyes and others had freckles.

Ding Yining, a photo editor at Sixth Tone, praised Chen’s work in a 2018 article for the state-backed English-language features website.

“From her works, it would seem that Chen prefers female models with narrow, single-lidded eyes and a sense of traditional East Asian elegance,” Ding wrote.

Chen told Sixth Tone that “as a professional visual artist, I believe that I should help more people recognize the face of modern Chinese beauty with greater confidence.”

Copyright
© 2021 The Associated Press. All rights reserved. This material may not be published, broadcast, written or redistributed.