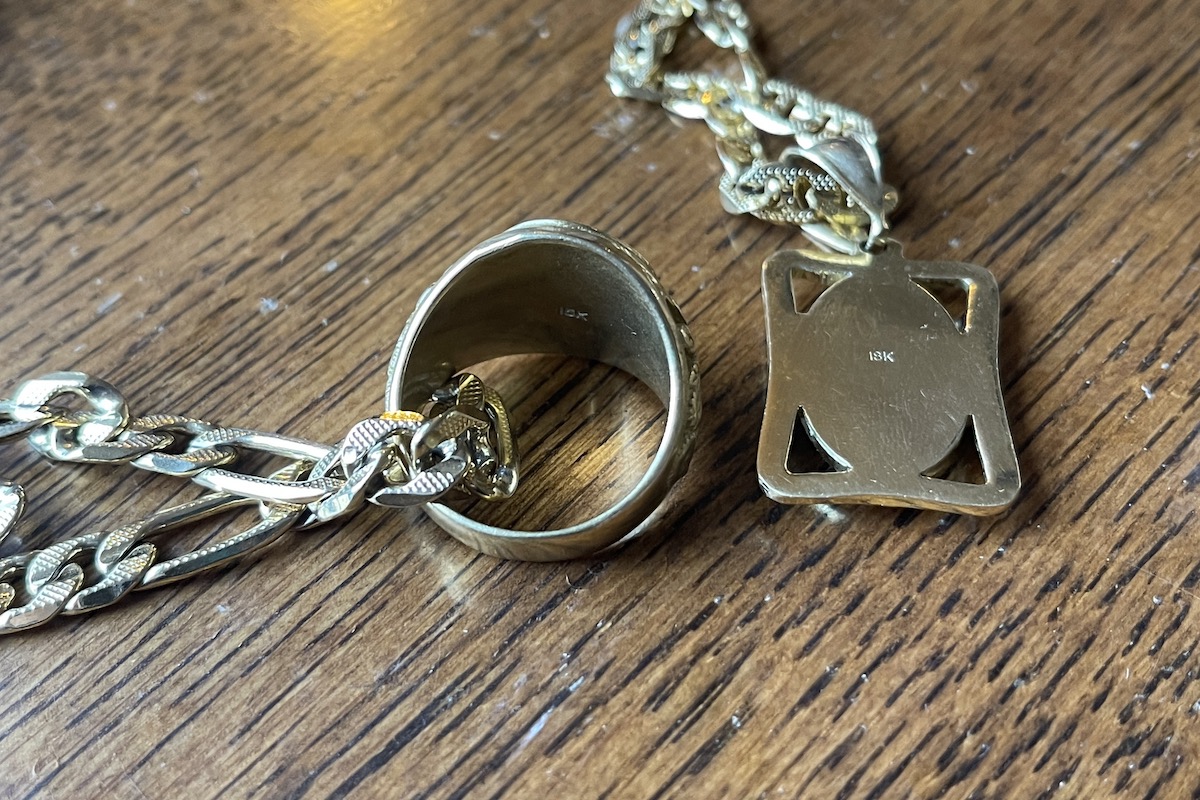 Andrew Schmidt, owner of Gold Exchange and Loan Company at 1786 Madison St., said almost 30 people have come into his store over the last two weeks with counterfeit gold chains that they’ve bought under the assumption they were 18 karat, real gold chains.

Schmidt said he’s heard the same story time and time again from customers bringing in gold chains or rings, thinking they’ve managed to score gold for cheap only to find out they’ve been conned out of several hundred dollars.

The story, according to Schmidt, is that the individuals involved are going up to others at gas stations or grocery store parking lots with gold-colored chains that are stamped 18K.

These individuals claim to be from out of state, in need gas or grocery money and offer to sell the victim the chain for anywhere from $100 to $500.

“It’s clearly marked 18K, and if you hand it to me to look at, I’m going to hand it right back to you and tell you it’s a fake. But a person that’s standing at a gas station or an old person coming out of the grocery store or something like that, that’s who they are hitting,” Schmidt said.

“I’m feeling bad for the people that are walking in here,” Schmidt said. “I mean with the holidays and you’ve got people who got duped out of $200 or $500 thinking, ‘Well maybe I have something here,’ because of the way it’s presented.”

An employee at The Gold Exchange and Loan Company store told Clarksville Now he heard stories of this targeting happening all over – from gas stations in Oak Grove, Kentucky, to the Southside area in Montgomery County. The owner of Golden Eagle Jewelry reported the same thing.

Clarksville Police Lt. Charles Gill said whether there’s a crime in these situations isn’t clear cut since there was a transaction between two parties. The issue comes down to deception.

“If it usually sounds too good to be true, then it’s probably not true,” Gill said, adding that purchases of gold should only be made from reputable dealers.