For Some, the Pandemic Has Helped Them Find Their Style 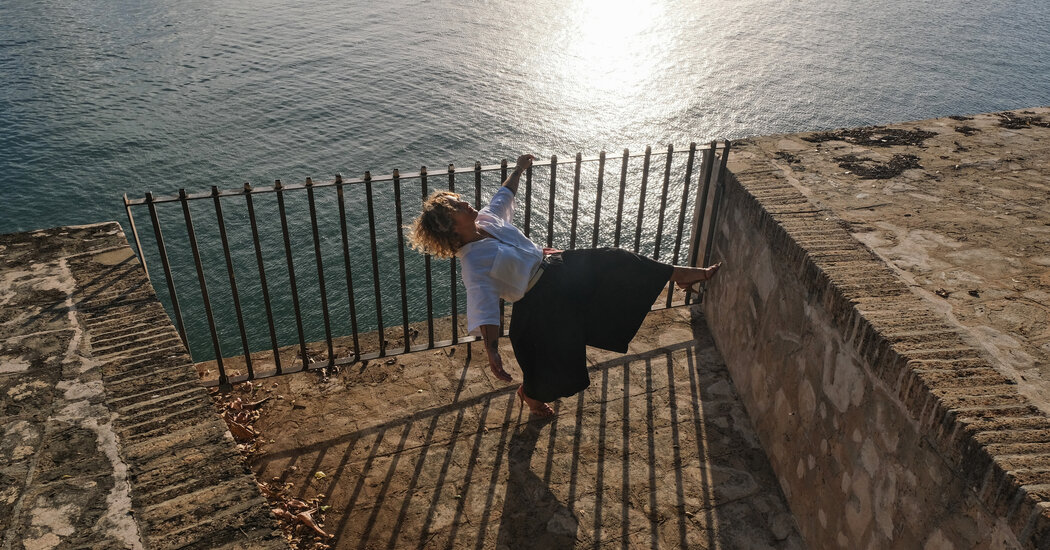 The phrase “crop top” was not in Laken Brooks’s vocabulary before March 2020. Months of working from home at the start of the pandemic, though, gave the 27-year-old Ph.D. candidate a chance to re-evaluate her fashion choices.

So when the chance to own a cropped T-shirt — short sleeved and charcoal gray with images of wildflowers on the chest — presented itself, she took it. While for many people, style has been, at best, a secondary concern during the pandemic, some, like Ms. Brooks, found their personal style.

Before the pandemic, Ms. Brooks mostly wore business-casual wear to teach her students at the University of Florida in Gainesville. A couple of weeks into working from home, she decided to step out of her comfort zone and ordered a pair of leggings, having previously sworn them off lest they be considered too unprofessional.

She realized that she didn’t feel confident in her clothes from pre-lockdown life. Ms. Brooks has health issues that create intense bloating but wore clothes that were uncomfortable for the sake of appearing professional. “I was just kind of trying to ignore what I was wearing and focus on my work,” she said.

While the leggings were comfortable for teaching from her desk at home, they were also a significant step in her style journey. This seemingly small act “made me feel comfortable in my body for the first time,” Ms. Brooks said.

For many, the isolation of the early pandemic days meant that there was no reason to dress up. Wearing sweatpants every day of 2020 became a social media trope, and articles about how the pandemic ruined style abounded. But that solitude is what helped some people break free of the noise that once influenced their style decisions.

Dressing up during the pandemic was also a form of control, and dressing up made people feel better, said Lillian Gray Charles, a personal stylist in Atlanta.

“We had fewer options for where we can go, where we could visit people, travel was so much more limited,” Ms. Charles said. “Something that we did have control over is what we put on our bodies.” Clients would email her to share that getting out of yoga pants and into something more put together would lift their spirits.

With the structures of prepandemic life removed for Amelia Crook, a 43-year-old mother of two, she felt compelled to rediscover her style a little over a year after the first significant lockdown. With a professional background in technology and an affinity for the connecting powers of TikTok, Ms. Crook, who lives in Kyneton, Australia, posted her first video in May 2021. It was a plea: “Hi, I’m Amelia, I’m 42 and I’ve misplaced my personal style. And I need you to help me find it.”

“Previously I bought clothes to fit in,” Ms. Crook said in a Zoom interview. “That was a big revelation for me. It was like, I have my work wardrobe, I have my mom wardrobe, and these are the acceptable things to wear.” While she didn’t necessarily dislike her clothes before the pandemic, she realized that she was dressing for others.

With the help of her 127,000 followers, Ms. Crook polished up her style into one that she describes as “structured with feminine whimsy.” In her videos, Ms. Crook tries on outfits composed of clothes from her closet and new purchases (she likes secondhand clothing from shops like Depop) and tests out makeup and jewelry while receiving feedback from her followers.

When Ms. Crook stepped out in her new outfits, it was with a better sense of which clothes make her feel good. “I have a more refined view of how I want to show up in the world,” she said.

The quest for a mood boost is why Sara Camposarcone, 25, embraced her penchant for maximalism fashion. Before the pandemic, she worked in a sales role at a technology company in Toronto where she dressed in traditional office clothing and couldn’t flex her creative chops through style.

She now wears vibrant colors, layers and textures. One of Ms. Camposarcone’s favorite outfits, for example, is a yellow suit set with shorts. She wears it with a puppy-print blouse and a matching vest over the blazer.

“Then I also had a bag that matched the puppy print. It was full puppy look going on. I felt so cool,” Ms. Camposarcone said. “I’d probably re-wear that outfit a million times more because it was too good.” She buys many items secondhand and describes herself as a sustainable maximalist.

Ms. Camposarcone shares her outfits on TikTok. While some of the comments can be less than kind, she brushes them off because her outfits bring her joy. “It’s truly what I look forward to every day the most,” she said. “I like to plan my outfit sometimes the night before, and even just putting it together, the excitement I have doing it is unmatched.”

Dressing for the Camera

It wasn’t all puppy blouses and kitten purses when it came to finding style during the pandemic. For some, it was as simple as streamlining their style. Alicia Kennedy, 36, a food writer who lives in San Juan, P.R., felt more visible than ever when the pandemic took hold. Instead of phone calls, people suddenly wanted to meet on Zoom. She was also new to San Juan and wanted to create a visual identity for herself. She began investing in pieces by sustainable designers like Mara Hoffman and Puerto Rican brands like Luca and Muns.

Ms. Kennedy’s style evolved from chunky boots and crop tops to oversize white button-down shirts and bicycle shorts as her work-from-home uniform. When she’s not wearing that, she’s likely to be found in a slip dress or billowy button down.

“I’ve come to be more interested in really simple silhouettes and things that are really adaptable,” Ms. Kennedy said.

When the world felt chaotic, Ms. Kennedy found structure in her outfits even when working from home. “Just the idea that I still needed to get up every day, still needed to work, even if everything was unpredictable and strange, meant that I needed more of an identity through what I wore,” she said. “Also, it’s an easy time to just become absolutely sloppy. So it was kind of a conscious choice just to not do that.”

For Ms. Camposarcone, experimenting with fashion during the pandemic led her to a new career. She recently began a marketing role with Cakeworthy, a clothing company.

For Ms. Brooks, embracing her new look gave her a whole new appreciation for her body. “Now that I’m able to try out these different outfits, and especially wearing crop tops, I realized that I really like my booty,” she said. “It makes me feel that much more confident in myself.” Of course, one’s sense of style can be a work in progress, Ms. Crook said, and the search for it never really ends. She’s a different person in many ways now than she was five years ago. “My kids are older, I’m not burping babies anymore,” she said. “So it’s an evolution. Something that will continue, and I’m up for that.”