How a $6 Bass Pro Shops Hat Became a Fashion Trend 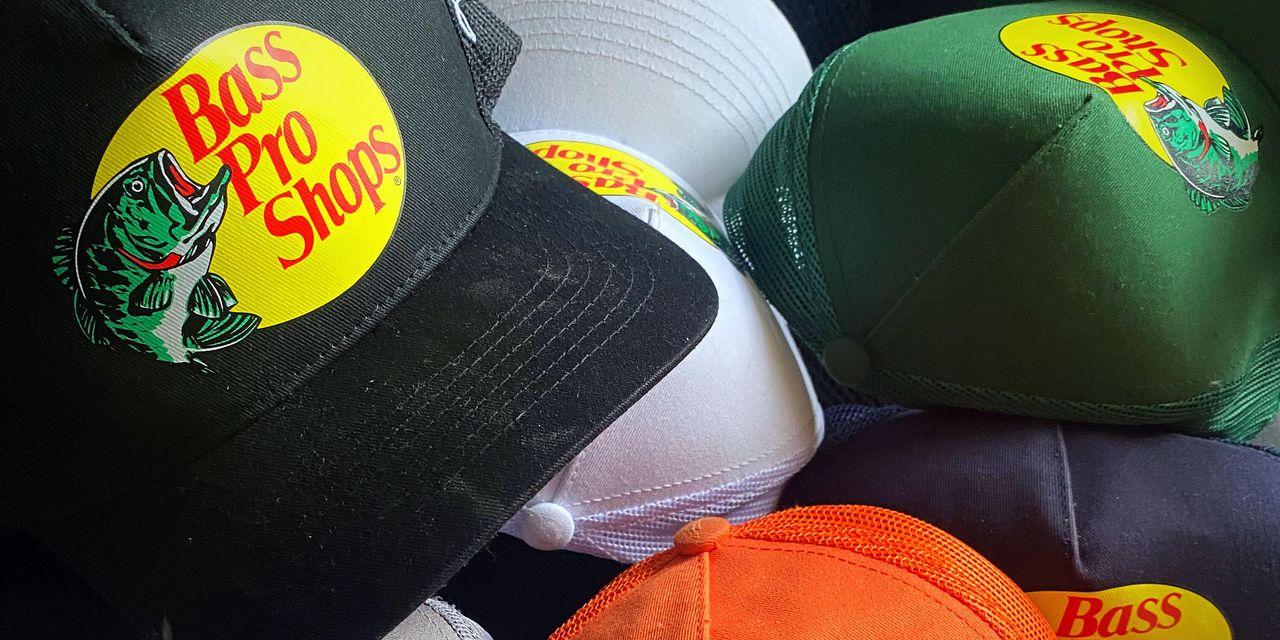 Jesse Alvarado doesn’t fish or hunt, and he wouldn’t describe himself as an outdoorsy person. But on many mornings, Mr. Alvarado, 25, a restaurant worker in Los Angeles, plops a Bass Pro Shops trucker hat on his head.

The mesh-backed cap flashes the name and open-mouthed fish logo of the 49-year-old outdoor retailer, which is best known for selling reels and duck decoys. To Mr. Alvarado, it’s just a good looking hat. “It’s a simple design, like, you can throw it on with anything,” he said.

For a variety of reasons, some involving actual fishing, the hats are in demand.

“We’ve had a kind of a run on our trucker Bass Pro caps,” said

the chief customer officer of the Springfield, Mo., based company, and the son of its founder, Johnny Morris.

The younger Mr. Morris wouldn’t specify sales figures but said the company had noticed “a lot of people gravitate to fishing”—a pastime that can be enjoyed in blissful, socially isolated solitude.

Shoppers are snatching up the company’s $6 (that’s right, just $6) mesh caps, which are available in everything from solid white to orange camo. The hats are sold at both Bass Pro Shops and Cabela’s, a similar outdoor retailer that Bass Pro acquired in 2017.

But that doesn’t always mean they’re easy to procure. There are just four traditional logoed trucker hats currently available on the Bass Pro Shops website, and customers often come up dry when trying to nab their hat of choice. On eBay, resellers are flipping the caps for $20 a pop.

In February, Mr. Alvarado was able to buy four caps for $24 total after a friend tipped him off to a restock on the Bass Pro website. The hats’ affordability was welcome at a time when pandemic-related factors had tightened his budget, he said.

Mr. Morris said the budget hats embody the company’s goal of offering customers value. It is also in the brand’s interest to keep the price low as the hats are “a great marketing tool,” he added. “We love seeing our customers out there wearing their Bass Pro hats.”

But why are customers—particularly younger customers—so drawn to the hats?

Patrick Sims, 34, an account manager for a marketing agency in Austin, said the caps bring him back to high school.

Growing up, Mr. Sims went to Bass Pro Shops with his father, an avid boater. The hats also make him think of resurgent fashion trends of the aughts, when celebs like Paris Hilton and Justin Timberlake helped popularize trucker hats, particularly those from Von Dutch (which itself is having a moment thanks to a sensational Hulu documentary). Mr. Sims’ two Bass Pro Shops hats satisfy his nostalgia on two fronts: personal and pop-cultural.

Gean Pierre Pereyra, 23, a supervisor at a restaurant in Los Angeles, likewise sees the bulbous style of the 2000s, “definitely coming back” among his generation, which was barely out of diapers the last time trucker hats were trending.

Mr. Pierre Pereyra recently scooped up a Bass Pro Shops trucker at a thrift store in Los Angeles, drawn to the hat because it “comes off as masculine,” which he found “super cute.” He sees a lot of people wearing the mesh hats around Southern California, but speculated that, like him, most wearers have never picked up a fishing rod.

Those who did grow up reeling in catfish or stalking deer have noticed the hats becoming trendy beyond the great outdoors.

“On TikTok, it’s all you see. It’s every different color hat…you see the trucker hat everywhere,” said John Wright, 28, an entrepreneur and hunter in Nashville. Mr. Wright started wearing the trucker hats this past summer, though they were tough to find. “We have a big Bass Pro Shops [store] here,” he said. “You go into the store and all the colors are sold out, man.”

Bass Pro’s massive retail footprint no doubt helps fuel the hats’ current popularity. Including Cabela’s, the company has around 170 retail stores spanning from Connecticut to California.

The trendiness of the hats has confounded some longtime loyalists of the brand. Adrian Williams, 26, of Raleigh, N.C., has had older family members and peers who grew up hunting and shopping at Bass Pro Shops ask him “why are you using [the hats] as a fashion statement now?”

Mr. Williams, an account executive, explained that he likes the shape of the hats and the array of colors. He grew up hunting, and now likes to pair the hats with Chelsea boots and skinny jeans.

He and his wife recently visited the massive Bass Pro Shops location in Memphis—housed in a giant pyramid and includes a bowling alley, restaurant and archery range—one location where the hats were still well-stocked.

“I probably stared at every rack for 10 or 20 minutes, my wife was like, ‘OK, look, we gotta go.’” Mr. Williams left with five new hats that day. He has no plans to resell them.