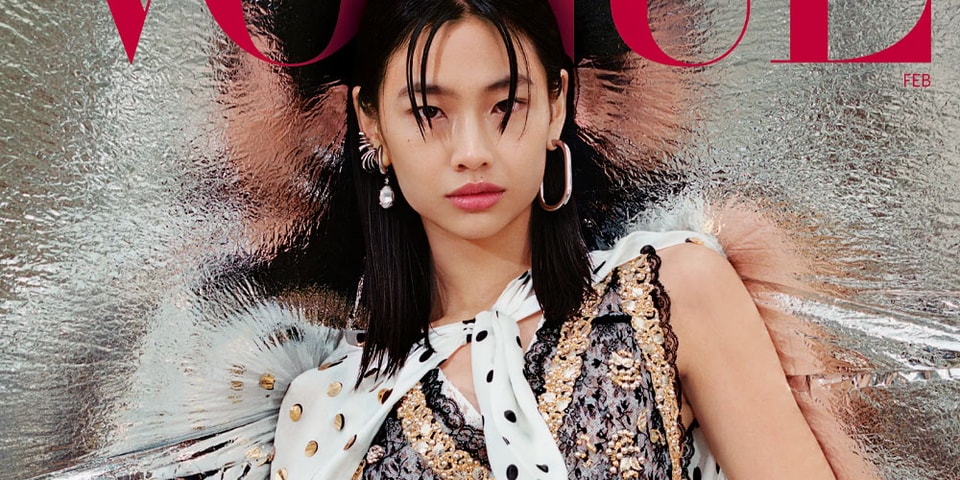 South Korean model Jung Ho-yeon received international recognition after the global success of the Netflix series, Squid Game, in which she played Kan Sae-byeok, also known as Player 067 in her breakout role. Within weeks of the show’s release, the star racked up millions of Instagram followers and soon became the most-followed Korean actress on the social platform.

Now, the model has added yet another milestone to her list of accomplishments as she appears on Vogue‘s February cover. For the first time in the 130-year history of Vogue, Jung is the first East Asian to grace the cover as a solo feature for the coveted fashion magazine. In 2019, Priyanka Chopra, who is of Indian descent, became the first Asian to receive her own American Vogue cover. In Jung’s feature, the model-turned-actress discusses her sudden rise to fame after amassing over 9 million followers, “The feeling, there’s a limit to what words can express. I don’t know why, but I couldn’t eat. I was so confused, and it was so chaotic. I didn’t believe it. I didn’t trust it.”

Jung divulged what motivated her to go into acting sharing, “Looking back, if not for those quiet and lonely times, I don’t know that I would have ever dreamed of acting.” She went on to discuss her career goals moving forward and how she wants to continue acting and one day make it to Hollywood, “I have always wanted to go to Hollywood and to act in America, and I still do. But Squid Game changed my mindset. It doesn’t have to be an American movie or a European movie, it’s the story and the message that are more important.”

Prior to her launch to stardom from Squid Game, Jung has made a name for herself in the world of fashion for many years. Five years ago she appeared in another Vogue video as a part of their “Beauty Secrets” series. She began her modeling career at an early age and came in second in Korea’s Next Top Model. Last October, Jung was appointed as Louis Vuitton’s newest global ambassador.

As a part of Jung Ho-yeon’s Vogue story, the publication released a video titled “International Woman of Mystery.” Check it out below.

From #SquidGame to Supernova! Overnight success isn’t new, but model-turned-actor Hoyeon Jung’s vertiginous climb feels entirely of the moment. Vogue’s February issue steps inside the whirlwind with the heart-on-her-sleeve megastar.

Elsewhere in fashion, DAIWA PIER39 chooses function and comfort for its SS22 collection.

Health
We use cookies on our website to give you the most relevant experience by remembering your preferences and repeat visits. By clicking “Accept All”, you consent to the use of ALL the cookies. However, you may visit "Cookie Settings" to provide a controlled consent.
Cookie SettingsAccept All
Manage consent