Kate Middleton at 40: How the Duchess of Cambridge’s style evolved from youthful sparkle to timeless elegance 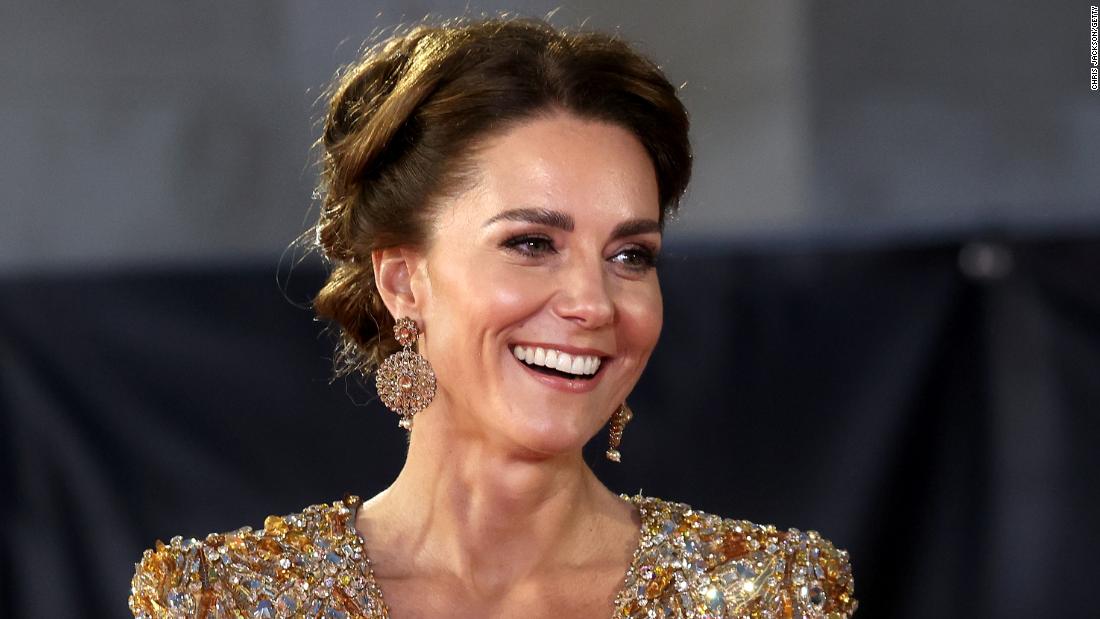 Since joining the royal family in 2011, Catherine, Duchess of Cambridge — known by many as Kate — has rarely faltered on her unwritten obligation to appear manicured and immaculately dressed in the public eye. And while the duchess is renowned for her preppy tweeds and tailored blazers, she earned her true fashion credentials through a sharp eye for occasion wear.
Take, for example, the gilded Jenny Packham dress she wore for the 2021 premiere of “No Time to Die” that set the internet alight, or her custom Alexander McQueen wedding dress with detailing so precise that seamstresses had to replace their sewing needles every three hours, according to British Vogue.

But even before she became a duchess, a young Kate Middleton kept her wardrobe well stocked with statement looks. For the queen-consort-in-waiting’s 40th birthday, we look back at some of her best outfits, from her heady college days to the most formal of royal occasions.

The Duchess shone in a golden gown for the latest Bond premiere in London. Credit: Chris Jackson/Getty Images

While a pre-royal Kate was studying at St Andrew’s University in Scotland, her social life seemed similar to that of many people her age. Bunched in the back of taxi cabs, she may have worn shorter hemlines than she does now, but Kate’s love for dressing up was evident from the start.

Paparazzi photos snapped of Kate as a bright-eyed 20-something suggest a penchant for sparkle: glittering black mini dresses and emerald green sequin halter-neck tops were go-to looks. Even before she became the one of the world’s most photographed women, her sartorial sensibility skewed bold — for instance, if friends wore all-black ensembles for a night on the town, Kate donned a baroque-printed silk dress.

Today, a decade after she married into the royal family, the duchess is still reaching for sequins. At the UK-Africa Investment Summit at Buckingham Palace in January 2020 she wore a shimmering red sequin and lace dress from Needle & Thread, and just last year she arrived at London’s Royal Albert Hall wearing a dazzling malachite-colored gown.

In honor of Kate’s 40th, Kensington Palace released three new portraits of the duchess, shot by Paolo Roversi. For the shoot, she wore diamond and pearl earrings belonging to Diana, Princess of Wales, paying homage to her late mother-in-law. Credit: Paolo Roversi/Kensington Palace/AP

But not every royal engagement requires the same level of pizazz — on many official occasions, the duchess has opted for understated elegance. On the first day of last year’s COP26 summit in Glasgow, Scotland, she stepped out in a true blue Eponine coat dress that finished just above her ankles. With structured shoulders and single-breast button detailing at the waist, it was a masterclass in chic minimalism that impressed without distracting from the important issues at hand.

When the occasion calls for opulence, the duchess leans on trusted designers like Jenny Packham and Alexander McQueen. In 2011, just months after her Westminster Abbey wedding, Kate established herself as an evening wear aficionado when she wore a classic strapless black velvet McQueen gown to a military ball.

Each event since has been an opportunity to debut a new silhouette, from empire waistlines and off-shoulder detailing to the ethereal powder-blue Jenny Packham robe she wore at the 2015 premiere of “Spectre.” Her luxurious looks are often used to communicate wider values, too, particularly when it comes to the climate crisis. In 2020, the duchess was one of the few BAFTA attendees to take heed of the award ceremony’s recycled dress code, selecting a white and gold embellished Alexander McQueen gown she had first worn during a state dinner in 2012.