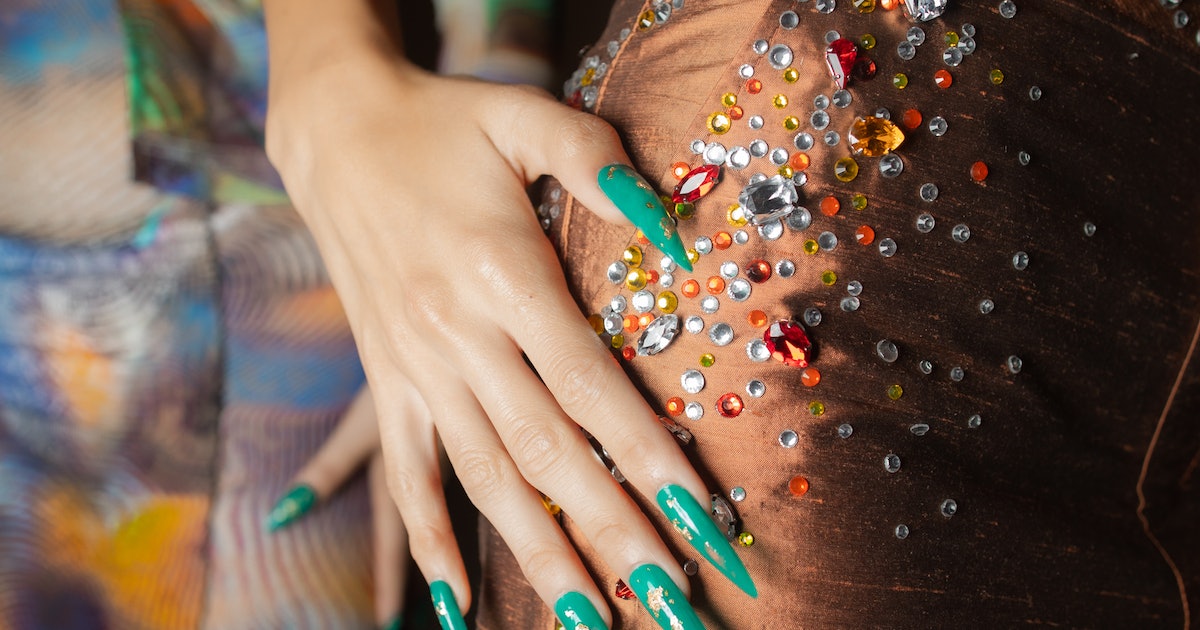 Last year, the Chinese-American designer Kim Shui was, for lack of a better phrase, fired up. Amid the pandemic and Black Lives Matter movement, there was suddenly a sharp rise in violent attacks against Asian people, particularly the elderly. Her parents, who lived in Rome where she’d grown up, were interested in moving to the United States, but during a visit to New York, her father revealed to her that he was scared to go out at night. Shui lived in Manhattan’s Chinatown, on Bayard Street—right where a 55-year-old Asian woman had been assaulted. And the fashion industry, the place where Shui had built her life, her business, and her passion underneath the Kim Shui brand, still wouldn’t push for true Asian and Asian-American representation, visibility, and diversity. Asian women were being silenced at every turn simply by not being represented or included in the conversation.

But as time went on and while Shui chatted with friends of hers, the pain that led to her initial frustration eased up. She’d have long conversations with the artist John Yuyi, or activist and model Jeannie Jay Park; through those talks, she came to the conclusion that her next endeavor would not be rooted in anger, but instead would be a celebration of Asian unity and creativity.

The result was her spring 2022 collection, which showed on the final day of New York Fashion Week at Spring Studios. Two hours before the runway presentation was due to start, Shui was backstage with a fleet of models, most of whom were of Asian descent. The designer had originally intended to cast an all-Asian show, but decided she didn’t want to exclude anyone.

“It was really important this season to celebrate women of Asian backgrounds, especially of different, mixed backgrounds,” Shui told me, seated on a windowsill while hair and makeup artists buzzed around us, preparing for the show. “But as models came in and reached out to me, wanting to be involved, I couldn’t say no.”

Themes of Asian beauty and creativity still persisted in the show, whose looks were inspired by traditional Chinese clothing, Y2K fashions, and playing with ideas of Western kitsch and fantasy. For the latter, Shui poked fun at the wild West—putting her name in glittering diamanté on cowboy hats and outfitting chaps with traditional Chinese prints depicting dragons and cherry blossoms. “Fashion has a history of Western designers fetishizing Eastern perspectives,” she said. “Just look at Galliano. This season, I wanted to turn it around in a playful way—what if we’re taking these Western things and looking at them from an Eastern perspective?”

Shui also mixed in throwback going-out styles—handkerchief tops, faux snakeskin miniskirts, hot pink printed pants—that have become synonymous with the Kim Shui brand, and have led the likes of Bella and Gigi Hadid, Cardi B, and Kylie Jenner to vie for her product. “There was some Britney Spears in there,” she said of her spring mood board while letting out a laugh. “Some of the tops, I was like, she wore that.” (One pair of taupe pants studded with crystals called to mind Spears’s “Toxic” bodysuit—you’ll surely see the trousers on one of the Hadids soon.)

The positive energy Shui injected into her clothing after her frustration from a tough year subsided could be felt throughout the presentation—right through to the end, when Azealia Banks closed the runway wearing a shocking pink dress with elongated sleeves and frills. While Fiffany Luu, Justine Mae Biticon, and designer Yeha Leung walked, the crowd audibly whooped and sang along to the music.

“I don’t want to finger-point,” Shui said of her concept for an Asian-focused show. “But Asian women must be included in conversations about diversity. What we face is something a little bit different, and that made me feel like I need to say something about it. But I still wanted it to just be a tribute to Asian beauty. Growing up, I was never able to see that. I never had that.”