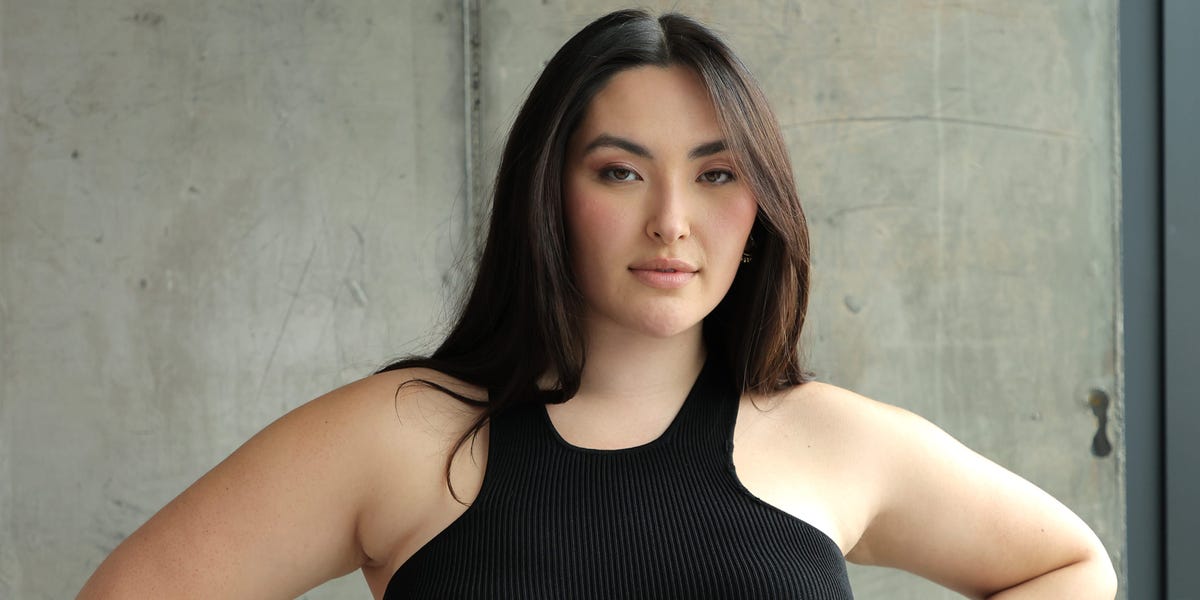 This is an as-told-to essay based on a conversation with Yumi Nu, a 25-year-old model, artist, and singer-songwriter. It has been edited for length and clarity.

Modeling has always been a part of my life. My mom was a model and took me to shoots as a baby, and I returned to it in middle school.

I originally wanted to be a model because I just wanted to be cool as a kid, but I feel like my intentions have changed. The industry has changed so much and there’s so much history to be made, which I want to be a part of.

People ask me if I’ve dreamed of being on the cover of “Sports Illustrated,” but I didn’t know that I could. It’s only been in the past two or three years that brands, casting directors, and editors have made an effort to open up to diverse models—both when it comes to body diversity and racial diversity.

Searching for identity in childhood

When I was younger, I didn’t see anyone that looked like me in the media. That created a lot of insecurities and worthiness issues in me.

I’m half-Japanese and half-white. Growing up, it wasn’t really cool to be anything other than white. I wish we weren’t so influenced by media, culture, and society, but we do, especially when we’re young. We look to it to tell us what’s important and what we should think, look, and be like.

So I just wanted to fit in with white people. I didn’t have—or wanted—any connections to my Asian side, because there was this shame that it made me different, and it was the thing that separated me from popular kids at school and what I thought I needed to be beautiful. It was the same thing with being plus size.

I didn’t have anyone normalizing or encouraging me to be happy in my skin the way that I am. I didn’t know how to give myself that validation, because I feel like I was in an environment where even the Asian people in my life had spent so long whitewashing themselves for survival in the areas they grew up in. We’re just healing now in the past few years from all of that.

Earlier in my modeling career, I varied on the size spectrum—sometimes I was the perfect size for plus size, sometimes I was too small. It’s a smaller window of what we could be to be a model.

Culturally, Asian people don’t want to glorify being bigger, and that leaked into the American perception of how they want to represent Asian people. I have never seen an Asian curve model until recently. People didn’t know what to do with me, because I didn’t fit that mold.

Changing the narrative for myself and the industry

In the end, I got tired of hating myself, of thinking I wasn’t good enough because I’m not a certain size or a certain race.

I was in Hawaii in 2016 and thought to myself, “Am I really not going to go into the water because I feel too big? Where did I even get that idea?” I realized I was going to be 80 years old looking back at the times I didn’t go into the water, or wear what I wanted, or live my fullest, biggest life because I was ashamed of who I am. I wanted that freedom.

It’s a journey. After the switch clicked on, I had to build a new mindset and rewire my brain.

I’m seeing that narrative slowly begin to change in the modeling industry, too. Shooting with “Sports Illustrated” was an incredible experience: Everyone on set is present, kind, and makes sure you feel confident. They make sure all the swimwear fits right, that I’m feeling good and listening to the music that makes me feel like my best self on set. (I listen to Megan Thee Stallion because she’s a confidence queen.)

But there’s still a huge gap in resources in fashion: Everyone wants to hire plus size models for their campaigns, but don’t have the actual sizes in stock. People might see me in a campaign and say, “I can wear that because Yumi’s wearing it!” But then they’ll click on the store and see it only goes up to size XL.

Even I can’t wear the brands sometimes. It can be a lot of tailoring, paneling, or sewing other garments into garments. Or there’ll be multiple outfits planned for me but I can only wear one that fits, while everyone else is switching looks. I’ve wanted to cry a lot of times because there are so few options.

A huge percentage of the fashion industry isn’t putting their money where their mouth is. I’ll still show up to those jobs because it’s important that we’re still seen. The industry is getting to a place where we are ready to follow those trends and finally see those changes.