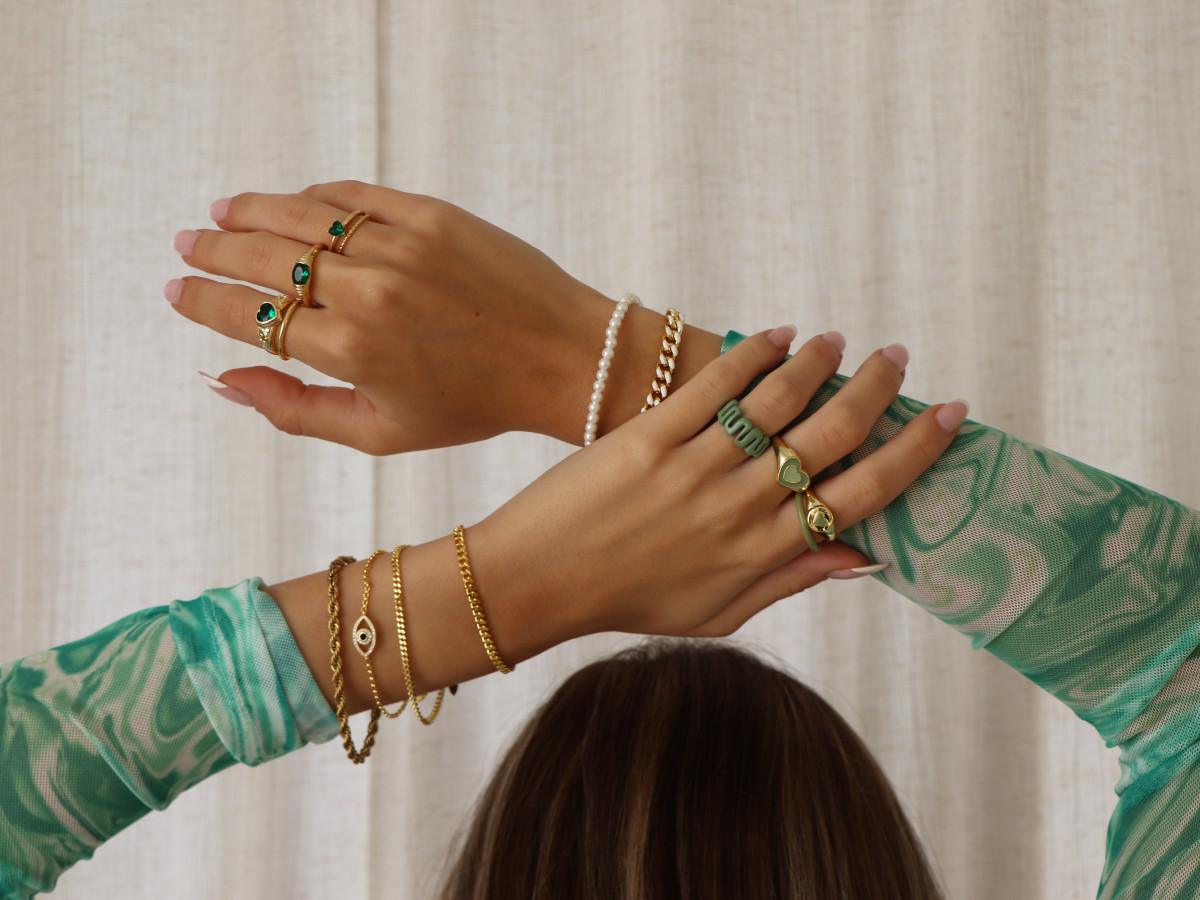 “THE UGLY TRUTH behind running a business,” the caption began. “Let me tell you first hand that it’s the furthest thing from sunshine and rainbows. You’re looking at someone who works 24/7 and is emotionally and physically drained.”

It wasn’t the first time the brand’s 432k followers saw Brittany’s face or a behind-the-scenes moment, but it was a bit of a departure from Evry’s aesthetically pleasing Instagram content. Brittany is a little more vocal and unfiltered on TikTok, where the brand initially found viral success and has amassed an even larger following.

“My face is all over TikTok and it’s not in a way of like ‘me, me, me, me, me,’ but it’s a way for us to create that bond with our customers,” she explains.

There’s a level of transparency not every entrepreneur can pull off, but that comes naturally to Brittany who, at 23, is not your average entrepreneur. She started the brand with her younger brother Jake in their parent’s house in Montreal at the end of 2019. Just two years and one pandemic later, this dynamic duo presides over a thriving online retailer with hundreds of on-trend, affordable accessories, monthly influencer collaborations, a massive social media following and a warehouse that they call their second home.

The young co-founders started Evry because they saw a gap between affordability and quality in the jewelry market, which they happened to know a bit about as fourth-generation jewelers. Their dad even sold high-end jewelry on the Home Shopping Network “Now I feel I do something similar on TikTok,” observes Brittany, who is more of a public face, while Jake focuses on business operations behind the scenes.

In addition to being more modern and affordable than its predecessors, Evry Jewels is also uniquely personal. Brittany designs everything the brand sells from scratch, her inspiration ranging from fashion trends she believes would translate well into jewelry, to personal struggles.

“I’m a very anxious person and that also requires me to always kind of be the best in everything,” a tendency Brittany noticed while in school, she reveals. “I was always studying. If I didn’t get a good grade, I would actually cry, and I feel like that is the same mindset that I have with Evry.”

While proud of her strong work ethic, Brittany is aware that this inclination to put pressure on herself — “always questioning if you’re doing something right or wrong” — stemmed from a lack of self-confidence. (Not to mention, it’s a recipe for the exhaustion she describes above.) Spending much of her time working alone on social media, and the comparison it invites, also “plays a huge toll,” she says. But, she’s working on it.

Running a company is not exactly common among 23-year-olds, so Brittany doesn’t always feels she can open up to friends about it, but these broader themes of anxiety, self-criticism and perfectionism are more universally relatable, especially among the young women who engage with Evry. A famously double-edged sword, social media has also allowed Brittany to build a supportive community that blurs the lines between customers, followers and friends.

Meaning behind the jewelry

In addition to putting herself (and her employees) on camera, Brittany puts herself into her jewelry, like Evry’s new Self Love collection, featuring pieces like a heart-shaped signet ring engraved with the words “self love,” a “Take care of yourself” tote bag and a fidget ring with spinning beads made for fellow anxiety sufferers.

“That to me is one of the reasons why I’m so excited that we could design our own jewelry, because I could put all this meaning behind the line,” she says.

Evry also invites customers into the design process — quite literally. One, named Abby, was chosen to design a “love yourself” necklace for the collection and have her photo and a quote featured on the product page.

Brittany and Jake want people who wear Evry to feel confident and good about themselves, but the brand’s mission isn’t just about product.

“It’s more about a community and a feeling,” Brittany says. “I want to be vulnerable [on social media] and show that it’s not all sunshine and rainbows, while also kind of trying to be a role model,” she explains, sounding more like an influencer than a founder — another line Evry blurs. “I don’t think a lot of brands have that type of relationship with their customer.”

For Brittany, that relationship has been the most rewarding part of building Evry with her brother, who notes, “We don’t just have customers, we kind of have fans.”

Those customer/fans routinely share encouraging comments and DMs like: “We’re so proud of you,” or, “Your videos make my day.” And in response to the negative messages that creep in every so often, they’re quick to defend the brand and its founders in the comments, their loyalty akin to that of pop-star fandoms.

Looking back on when she and Jake started the brand, Brittany says, “I feel like Evry was exactly what I needed to become the person that I’m becoming.” She was in a “foggier” mindset then, she notes. “Obviously I’m human and everyone has their days, but I feel this has given me purpose.”

Jake sees Evry becoming a “one-stop shop for all your fashion necessities,” and as the company grows, Brittany hopes to engage further with its community: from traveling and meeting customers in person, to making content that reveals even more of what goes on behind the scenes at a company run by Gen-Z siblings — challenges, fights and all. Like most brothers and sisters, they push each other’s buttons, but they’re able to move past their arguments, Jake says.

“We know that, regardless of if we fight, we clash, everything that we do is for the better of the business — which we both, at the end of the day, want to be the best thing ever.”