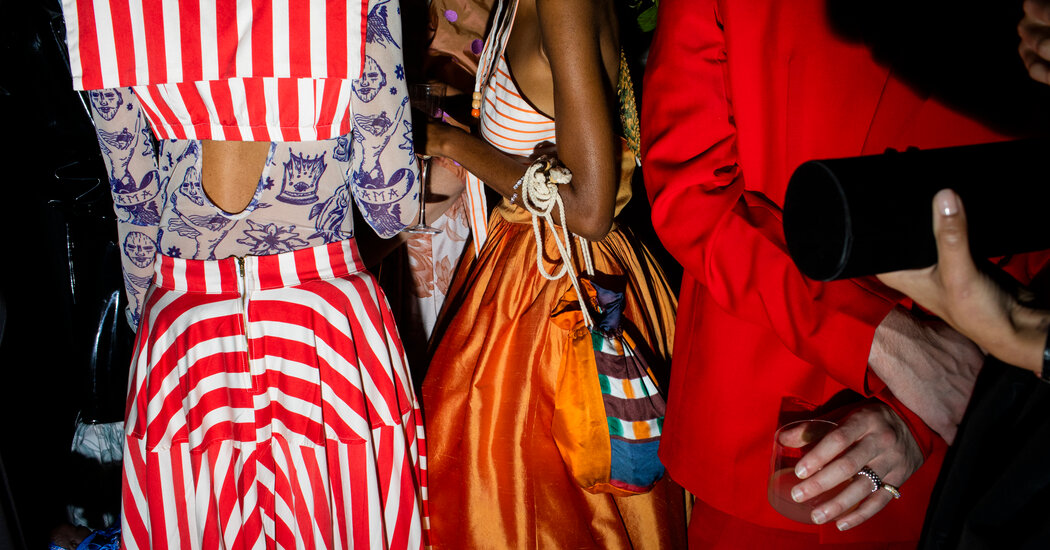 As the recent effort to unionize writers, editors and others at Condé Nast revealed, the reality of life in fashion media is typically very different from the public perception. “I’ve been a model for 25 years, and there have been countless times when I’ve flown across the globe and have no idea what I’m getting paid,” Karen Elson, who has appeared on more than 30 magazine covers, and who is involved with the Alliance, told me. “If in this point in my career I have to wait nine months to be paid, what is happening with someone who is just beginning?” she said. “You almost need a trust fund behind you if you’re starting out now. And if you don’t have that, you have to work to the bone. You may have a Vogue cover, but your bank account may be zero.”

This is because models often work in debt to agencies, which retain power of attorney, giving them the ability to receive payment and otherwise manage aspects of their clients’ financial lives. After taking their commission, agents frequently add dubious fees, even charging for sent emails in certain cases. Sara Ziff, founder of the alliance and a former model who went on to graduate from Columbia and Harvard’s Kennedy School, recently wrote about an experience she had years ago in which money was taken from one of her paychecks to help finance an agency head’s art purchase. Management companies often also double as landlords, housing models in dorm-style apartments, for which they might add surcharges to market rent.

The Alliance runs a support line, Ms. Ziff told me, and most calls are about scam agencies soliciting nude photos, harassment and late or nonexistent payments. “I don’t think it’s anyone’s priority to establish work protections for models. But when you connect the dots and see how vulnerable this work force is, it becomes incredibly clear,” she said. “I don’t think it’s a coincidence you’re talking about a largely female, immigrant work force.”

This is not to suggest that men in the industry have operated at any great advantage. A decade ago Alex Shanklin, who now works in real estate and construction in Houston, was making a modest living as a model in New York. “I never struck it really big, but I always kept my head above water,” he told me. At a certain point, as fashion imaging moved from art to commerce to an explosion of digital content, that became harder to do. It was in 2012 that he noticed that paying his bills became more challenging. The agencies seemed “shadier’’ in his view. “Maybe the money got tighter,” he said, “but things changed.”

In his case the indignities also piled up. “I can tell you as a Black male model in New York, there were times when I was told to my face, ‘We’re not taking any more Black guys.’ There were brands that would do a great job of inclusive representation, but when it came to agencies, they discriminated against people of color for years,” he said. Mr. Shanklin left New York in 2013 not long after he noticed an underwear ad with his body affixed to someone else’s face. He was certain that his agency had been compensated for that, he told me.